The Sochi Winter Olympics will be remembered as being the event that put LGBT rights on the global political agenda. What role have brands played in putting the spotlight on this issue?

Whilst the political stance of Putin’s Russia regarding LGBT (lesbian, gay, bisexual and transgender) rights has been widely reported for some months, it is only in the past week that we have seen a wider movement by some local and global brands to highlight the issue of gay rights.

The controversial new legislation in Russia, passed in June, saw an amendment to the child protection law which threatens fines for providing information about homosexuality to people under 18. 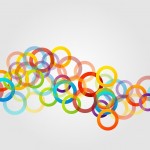 In 2014 we are seeing a groundswell of public opinion against Russia’s stance, highlighted by their hosting of the Sochi Winter Olympics. Whilst Russia plays host to athletes and support teams from across the globe Putin is now facing criticism from commercial as well as political quarters and pressure groups.

We’re now seeing brands become actively involved in the debate, with the official sponsors still lukewarm on the issue. An increasing number of organisations are using the opportunity to show support for human rights regardless of sexuality.

UK TV rights to the Games are owned by Channel 4, and the broadcaster is stepping up to it’s original ‘edgy’ brand positioning by giving its logo the rainbow treatment throughout the games. In addition to new TV idents there’s a burlesque-style ‘Gay Mountain’ trailor to be broadcast and a repainting of the giant C4 statue outside their London offices. C4 has a longstanding reputation for supporting diversity with serious programming on the topic also being aired this year. 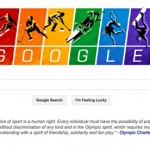 Google are not only displaying a rainbow Olympics Doodle, but confirm their stance with a quote from the Olympic Charter on human rights. As the world’s dominant search engine this is a loud and proud positioning that is nearly impossible to ignore.

The Canadian Institute of Diversity and Inclusion have created this great parody of the Luge event by claiming that the Games “have always been a little bit gay”. I love it. 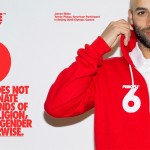 American Apparel could be on the verge of pulling off THE marketing ambush of the Games after they came out in support of activist groups and launched a range of merchandise quoting the Olympic charter’s Principle 6. The principle states that “Sport does not discriminate on grounds of race, religion, politics, gender or otherwise.”

The P6 range could be the biggest marketing ambush of the Games as it’s rumoured that several athletes are choosing to wear the bright red clothing. I’m predicting a big win for the brand alongside great exposure for the cause. Proceeds from sales will be used to support LGBT groups in Russia.

American phone company AT&T became the first brand associated with the Olympics to take a strong stance on the issue by publishing a strongly worded statement on their blog. Whilst not an official sponsor of the Sochi Olympics they have been supporters of Team USA for 30 years.

So what have the official sponsors of the 2014 Sochi Winter Olympics got to say on the matter? Here’s a great piece by Marketing Magazine that reports their PR statements, which are predictably standard, although they are all supportive of equal human rights. Could they do more in support of LGBT rights? Undoubtedly yes. P&G are reported to be one of the largest advertisers on Russian TV, so considerable commercial pressure could be applied if they wanted to do so.

Meanwhile Coke made a mistake by pulling it’s Sochi consumer campaign and appearing to silence opposition to Russia’s views. The campaign urged people to show support for athletes by putting a message on cans of Coke using the hashtag #CheersToSochi. The website was pulled down after the campaign was highjacked by LGBT activists urging people to use the opportunity to voice their protest.

I’m sure we’ll see more brands taking a stance in support of equality during the coming days and weeks whilst the athletes compete at Sochi. Only time will tell if their efforts will have paid off in terms of equality and in brand perception.